A Little Tour - My Town

It is the time of the year that the city I live in, is in the news a lot.  I am sure everyone has heard of the Indianapolis 500 Mile Race.  It is a huge deal, worldwide.  Yep, basically that is my city.
The month of May is a big deal around here.
I know we have folks from all over the country and from several different countries - but I imagine most have heard of the 500 mile race.
We have a lot of other neat things to see in the city.  I know people that live here, take things for granted.  I think it is how most cities are.  We don't always appreciate what we have. 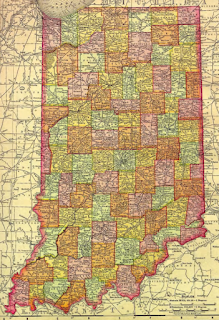 This is my state - Indiana.  If you notice the green square directly in the middle of the state - that is the county I live in.  Many people call this the mid-west, as it really used to be.  When things were still all east of the Mississippi River - well I guess we were kind of west! 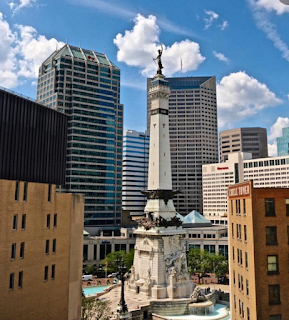 This is the absolute center to our city.  The Soldier and Sailor's Monument.  Kind of the first round-about ever in our city!!!  Way back in the day this area was an Indian settlement.  Then the first Govenor's home was built there.  The cities first lady at the time - refused to move in, as she said there was no way she would hang her dainties out on the clothesline for all the public to see!!! LOL
This is about 15-20 minutes from my house. 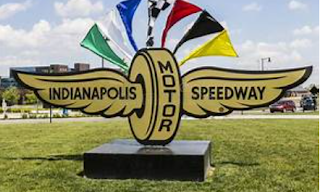 The track is actually in the burg of Speedway - but still considered Indianapolis.  We have a lot of suburbs around the area. 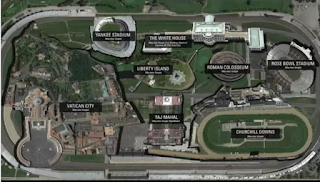 For someone who has never been to the track - this might show you how large it is.  Click on the picture to see all that is listed.   8 of the world's great places could fit inside the track!  It is huge.  I have gone to a couple of races back in my younger days and to the qualifications.  TONS of people.  No way would I want to do that again. 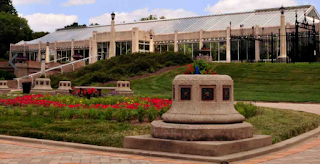 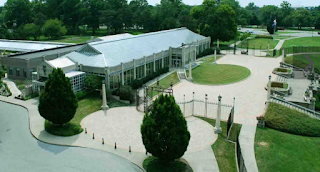 These pictures are of Garfield Park - the conservatory.  Looking at the bottom picture - if you go further to the right - there are beautiful lighted fountains that run all summer.  The park was formed in 1881 and is the city's oldest park.   It is 128 acres.  This is about 6 blocks from my home!!   I have so many pictures of the exotic flowers growing in the conservatory.  Every Saturday during the summer, there is a farm market at the park.  There are many free concerts during the summer, and there is a swimming pool and even a small art facility.  It is a very lovely area.  My local library sits in the outer edges of the park as well.  This is a go to area for me. 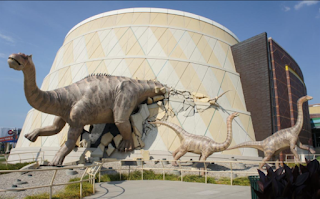 There is the world class Children's Museum.  Dinosaurs breaking out of the building and others are trying to get in!!!  The museum is massive and it is phenomenal!  It surely isn't just for children.  About 25 minutes from my house. 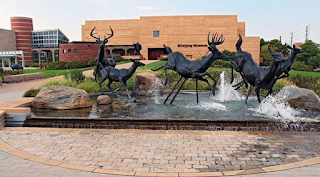 There is the Eiteljorg Museum.  It is a showcase for American Indiana and Western art.  This place is really something to see.  This is about 15-20 minute drive from my home. 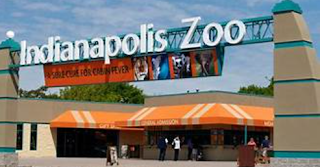 Directly west of the museum is the zoo!  It is really a neat place to go.  It has changed a lot - I need to go again.  The last time I went was about 10 years ago with my gr.gr. niece and nephew.  Nature abounds.  Such a fun place.  15-20 minute drive.
In this same area is the fieldhouse, which is used for Colt's football games and concerts of all sort.  There is also the baseball park.  All of this is right together at a central location.  Along with tons of hotels, restaurants and bars.
There is much in this city to see and do.  We have so many world class facilities.
Directly north of me is what is called Fountain Square.  That area was a shopping hub when I was a kid - the it really fell to the wayside and fissiled out of fashion.  Now it is really coming back to a popular place to be.  Many restaurants, antiques, art, bars, events, etc.  That whole area has really become developed again.  The HGTV show Good Bones, actually got it's start in this area.  They started renovating the houses of the area - and now the homes are almost unaffordable for the average person.  (would be nice if that moved south into my area)!!
It has been good for that area.
There is a lot around me and just a small glimpse into what my city has to offer.  You can get an idea of  where I live.  It is a major city - although I live outside the heart of the city.
I just enjoy my little world with my babies out back!
Hope you enjoyed your mini tour!
Posted by Cheryl Kimbley at 9:04 AM